London, the world’s capital of ridiculous glass buildings, eye-sores and overpriced… well everything. But before our capital was the ultra-metropolitan global city it is today, it was a huge conglomerate of different architectural styles and buildings. Some of the most beautiful and iconic of these buildings are still popular today, even with all the modern styles – and most of these are Georgian. 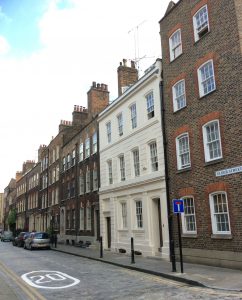 Four Georges ruled Britain from 1714 to 1830 and their reigns saw English architects embrace the ideals of the classical world as the country approached its height during the years of Empire.

In 1932, the Copartnership Herald described Elder Street’s Georgian terraced houses as being, ‘full of tall, staid-looking houses with distinguished doorways showing variety and charm of design. This street has an air of detachment, not to say aloofness, as though it did not desire the acquaintance of the market, which has contributed to the disfigurement of Spital Square.’

Streets such as Elder Street, Bedford Square and Fournier Street are the bedrock of London’s appeal. It’s no surprise then that the average price of a house on the central the classic east-end in Spitalfields, Fournier Street, is two and a half million pounds.

The most famous example of a Georgian town house in London is 10 Downing Street, built as part of a terrace. Aside from the door known around the world, 10 Downing Street also contains numerous examples of early sash windows. London saw a mass of building through the Georgian and Victorian eras, but if you’re interested in identifying which era a particular building is from, look at its windows. 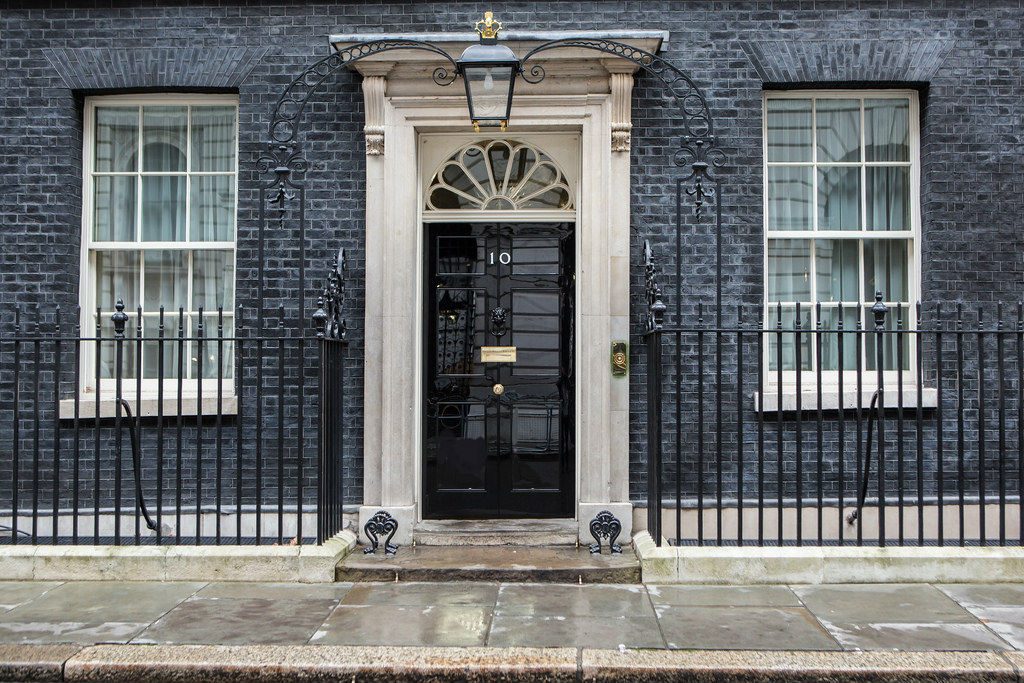 The sash windows has been around since the 17th century, but they were usually reserved for the richest of the rich, it wasn’t till the 18th century and start of the Georgian era did this method of designing windows begin to be used for most buildings.

Comprising of two vertically sliding glazed ‘sashes’ supported by weighted cords, the innovation allowed for much larger windows that could be easily opened but also provide better insulation than earlier alternatives. It wouldn’t be until the invention of plastic that an alternative would be discovered.

One of the key shifts in sash window design over the years was the Building Act in 1774 which stipulated that all windows had to have their external timber frame inlaid in brick and no longer be so exposed to the outside world. The purpose of this was to limit the spread of fire. If you look at 10 Downing Street, the windows are surrounded by a ring of protruding bricks, deliberately built to conform with the 1774 Building Act.

By the time Victoria came to the throne, rolled plate glass had been developed and allowed for much sturdier and larger panes of glass to be produced, which meant that sash windows would no longer need to be made of 6 – 8 separate frames of glass supported by a lead casing.

New developments in glass during the late 1800s meant that by the middle of the Victorian era, a single sash only needed a single pane of glass, bringing down costs, complexity and increasing the amount of light brought into a room. It was this change that most obviously helps observers distinguish whether a building is Georgian or Victorian.

Specialist joinery is required for the correct restoration of the timber windows and doors of period properties. Often these buildings are Listed Buildings or in Conservation Areas meaning they are of historical or architectural importance.

At yoursashwindows.com we have the experience and high level of skill in the art of sympathetic sash and casement window renovation. Our team of expert London joiners would be happy to assess your project requirements and supply you with a free, accurate, itemised quote. Please call 0208 123 3604 or email enquiry@yoursashwindows.com.